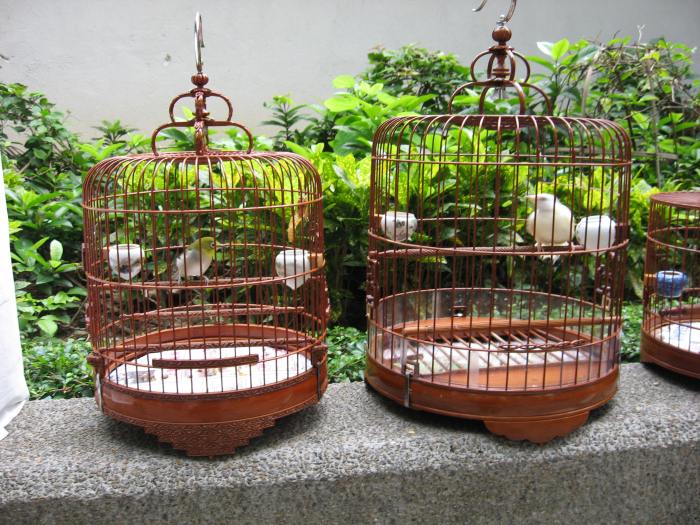 After spending essentially two entire days on a plane (uneventful, except for some terrible turbulence during which I thought I’d be airsick for the first time in my life, until the guy across the aisle lost it utterly and for some reason I felt entirely better), I have arrived in Hong Kong. I am staying in a hole on Nathan Road, which is this very frantic shopping district in Kowloon. Nathan Road features many “mansions,” which are giant shopping arcades, and a couple of these feature about 14 floors of super-ghetto guesthouses. I’m staying in Mirador Mansions on the 12th floor. I have a closet with its own bath – the sink’s on top of the toilet and both are in the shower, but it’s private, which is nice. I’m paying about $20/night; would be less, but I’m a dreadful haggler. The manager actually raised the price on me, I’m so bad.

Thursday sucked. I admit it. I was trying to stay awake until night, and it absolutely poured here, and I just sort of wandered around all day feeling incredibly conspicuous – I’m just so big, and I have such insane quantities of mad, red hair, and my bosom is just so shamelessly garish. I feel like a cross between Yahoo Serious and Belle Watling swanning around Kowloon. Also, I think I may finally have found a city that moves at a fast enough pace even for me. While Hong Kong is not as big as NYC, it’s far more populous – there are a ton of people everywhere, all the time. There is nowhere to linger and no time to think and no space for hesitation. You’d best be moving. Which is tough for the poor foreigner, but then again, everything in this city is in English and also, it’s the most well-labeled city on the planet. Their MTR (subway) is so beautifully easy to follow that I almost wept from aesthetic delight, and there are signs to everything. I haven’t had to consult a map once, and I got lost in my own neighborhood in Chicago.

Yesterday was better. I first took a stroll through Kowloon Park, which is beautiful, with birds and fountains and weird sculptures, and a lot of Middle Easterners who stalked me tenaciously, though I studiously ignored them (“Lady, you lucky. I know your face. Having a nice day? I am from Egypt; I won’t kidnap you, don’t worry. Don’t want to talk. Good. Silence begins now. … Lady, you want Gucci watch?) I then took the obligatory tram ride up Victoria Peak, which is the highest peak in HK. The tram deposits you in the lobby of a mall (most things in HK funnel you through malls; these are the only places where the exits aren’t clearly labeled), and after you work your way up through eight stories of stores, there’s a viewing platform and some little trails. After that, I went to the bird market, which is really pretty cool: there are so many birds for sale, and I think they’re all for pets. I wanted to ask someone why there’s such a market for little birds, but no one would cop to speaking English, and then a giant grasshopper attacked me and I made such an ass of myself, I had to leave. There were a lot of men standing around who’d just purchased birds, and they all stood in exactly the same attitude: cage resting on flat of palm, other arm behind back, pensively regarding bird.

Last night, I confess I ended up in an overpriced faux-Irish bar talking to some pilots from Milwaukee, a couple of Brits on their way to Australia, and an Aussie chick on her way to England. Well, I’m sorry, but I don’t speak Cantonese and I was lonely.

Overall, HK is a piece of cake. I have substantial room for improvement, however, in two areas: shopping and obtaining food. I find shopping intimidating at the best of times, but these girls shop like they mean it. There’s a constant, intense, visceral war going on at all boutiques and street markets, at all times. I’m in the market for a long skirt, but each time I’ve seen one that looks likely, I’ve realized I’d have to punch some bitch out for it, so I’ve backed off. The other problem is the bargaining. It’s partly that I’m shy, but also that the prices are so low anyway, I feel like a heel trying to wear the vendor down.

As to food, those who vend it are among the few folks in HK who don’t speak English, and given the above-mentioned frantic pace here, they do not have time to find my retarded fumblings endearing. So, I’m sort of scared of most restaurants. I’m very comfortable with the bakeries full of filled buns, and also with this one kind of street food where there are a lot of things displayed around a vat of oil, and you sort of point at a bunch of stuff and then the woman screams at you for awhile, and then takes some money, and gives you a paper bag full of mysterious items speared on toothpicks and covered in sauce. It’s really fun finding out what all of it is.

So, that’s HK. I will be here until Monday, when my China visa is ready, and then I’ll be venturing into the mainland.